From the Editor-in Chief’s desk: Your November 28 briefing

It was a thriller in the quarter-finals when we played Kenya at the Dubai 7s. We bombed out in the semis against the US Eagles but man… our rookies were competitive, weren’t they?
Think about it… the commentators still can’t get over the fact that we have 11 rookies in this side. Against Australia in our final pool game we scraped through to enter the quarters. Against Kenya the team lived up to expectations. Our defensive shape was strong, and we attacked the line well. All in all, it was a game to savour to the brim. I felt we were heading to the final until the US side rocked back into the game and played the minutes towards the end of the second spell. Imagine when these rookies get their feet on the ground in the World Rugby 7s Series, get the exposure they need and a few more games under their sleeves at this highly intensive and competitive level. Man do we have a factory of 7s players at home!

HEADLINES
Here are some headlines that made The Sunday Times’ edition for November 28.

PAGE 1
PRIME Minister Voreqe Bainimarama has sounded the warning for Fijians to be aware of the new coronavirus variant, suspected to be worse than the Delta variant, that has been discovered in South Africa this week. He sounded the alarm during the opening of new classrooms at the Muaira District School in Lutu, Naitasiri on Friday.

PAGE 2
# THE Ministry of Health has recorded 20 new cases of COVID-19 and one new COVID-19 death as of Friday, says Health Ministry permanent secretary Dr James Fong. In a statement, Dr Fong said eight cases were recorded on Thursday, November 25 and 12 on Friday, November 26 and that an 87-year-old unvaccinated woman died at her home on August 18 but was reported on Friday because of a delay in the issuance of the death certificate.
# THE Health Ministry will continue to advocate for eligible Fijians to get vaccinated because of the risks posed by unvaccinated persons in terms of spreading the virus and overwhelming health services.

PAGE 3
# SOME students have been tested positive with COVID-19, says Prime Minister Voreqe Bainimarama. He made this statement during the opening of new classrooms at Muaira District School in Lutu, Naitasiri, on Friday. As a result of positive COVID-19 cases among students, Mr Bainimarama said they held discussions with the Education Ministry to resume classes for early childhood education on a later date.

PAGE 8
# WIVES of the Freemason Lodge of Polynesia donated $5000 to Walk On Walk Strong (WOWS) Kids Fiji yesterday to assist in the treatment and care of 78 children living with cancer. In receiving the donation, an emotional WOWS Kids Fiji co-founder Sina Kami shared how families that were the stronghold of the charitable trust continued to depend on the generosity of organisations like the Freemason lodge.
# FIJIAN and Tongan police officers participated in a three-day virtual training on maritime drug trafficking this week. Police Commissioner Brigadier-General Sitiveni Qiliho said the training, facilitated by the United Nations Office on Drugs and Crime (UNODC) was a huge boost for the two countries.

LETTERS TO THE EDITOR/LEADER
Readers have their say on issues they feel strongly about. Read their letters on Pages 6 and 7.
# The leader is on the COVID-19 and the new variant. We discuss the issue of adhering to safety protocols as we look ahead to the reopening of the international border next week and why we must not be complacent in the face of the new variant. Read this on Page 6! 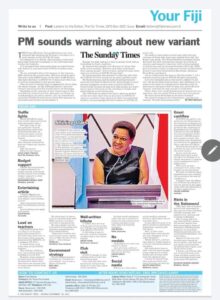 FEATURES/OPINION
We have a list of top articles for your reading pleasure on Sunday.
Read Behind the News with JOHN KAMEA, Back in History, Discovering Fiji, Bollybaat and there is Food with Chef LANCE SEETO. 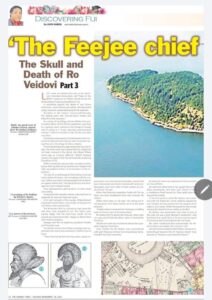 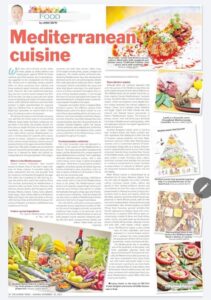 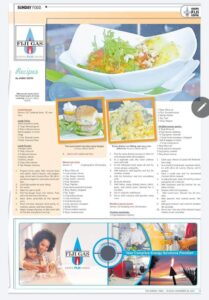 SPORTS
The big one on the back page is about 7s rugby in Dubai.
Read about:
# AS the Fiji men’s and women’s teams prepare for another outing in the HSBC World Rugby Sevens Series in Dubai this weekend, former national rugby representative Apisai Naevo stated the importance of being mentally prepared for matches in any big tournament. He said it was vital for players, who had been selected to participate in the back to back Dubai 7s in a revamped HSBC World Rugby Sevens Series to be mentally fit. 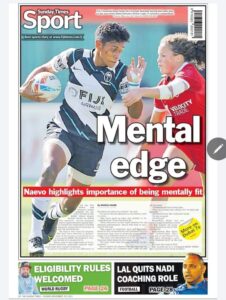 YOU CAN WIN CASH WITH THE TIMES
Remember we are celebrating our 152nd anniversary and you can win cash with the Times. There were 10 winners in September and 20 winners in October. In this month of November, 30 lucky readers have the chance to win $152 each, and also get into the draw to win the grand prize of $15,200.
All you have to do to get into the draw is to cut out the masthead of the Fiji Times, write your name and address, and a phone contact on it, and drop this into a bin at a participating store near you. It’s that easy. Turn to Page 23 for details.